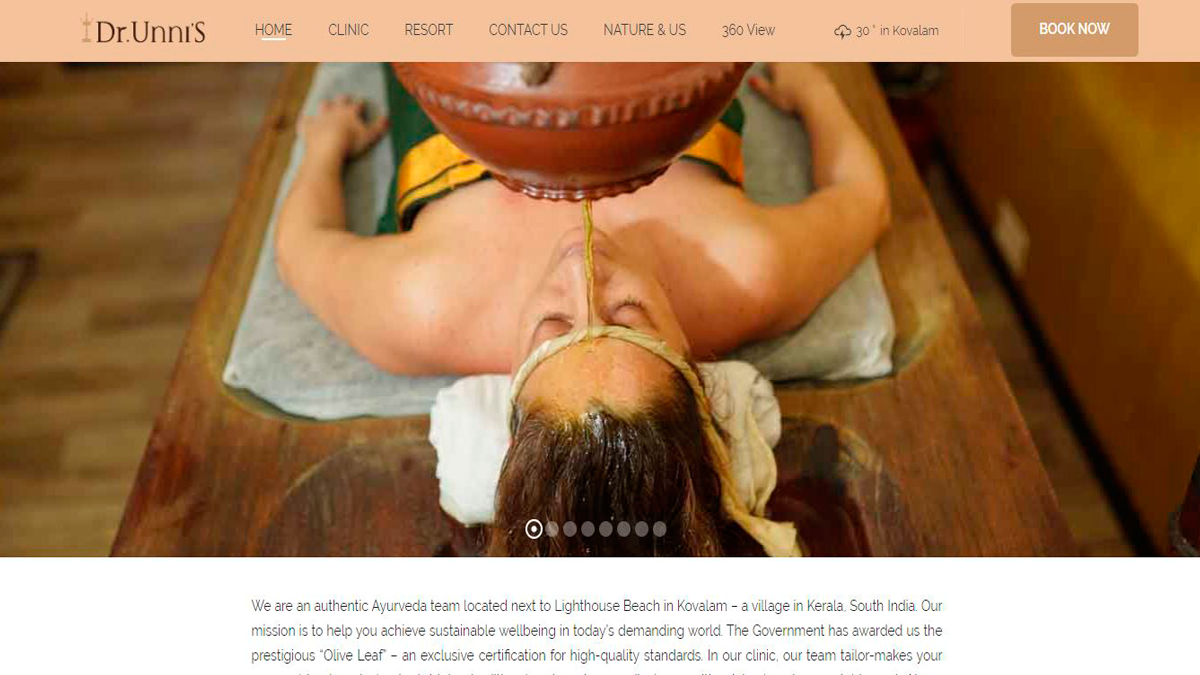 This case study is about our client who got a basic site for a very hefty price and that also without promised work.

Our client had a basic website with only the bare basic details. The site took years to load and there was no optimization done and that pages never loaded in the google search results. Our client deals with hospital/clinic and accommodation. The website altogether had a very static feel and was static too. There was a contact section on the website and it basically showed the phone number and the email address for contacting them. Our client had 90% of the clients/ patients from abroad so that they always had the character of typing in the contact us section text box which was not available in the website at that time and the client was too lazy to copy the email address from the website and then paste that to an email client and then sent the email, so this always was a pain point for the client.

In mid of 2017, they had the crave to build a new site as the old site was showing its age and was becoming useless. As the client, Unni’s had a vague idea on the website and the features or the options available they came to know about a type of site called the Content Management System – CMS. The study of the requirements, design finalization started by the last quarter of the year and after all the approvals and freezing of the ideas the work started by the mid of 2018.

The CMS was promised by the vendor so that they could make minor changes/updates as per their wish. A very hefty sum was charged for the website which consisted of 5 static pages and contact us form. The contact us form was a good addition for them. But what the website vendor did was they were basically a designing agency that had almost zero knowledge on the website building technology. What they did was they outsourced the work to another group of developers who custom coded the website from scratch according to the design given. The result was that the website had only the testimonials and one section of photos that could be updated through the admin console. Other items on the website were automatically static. Also, the vendor sold them a language pack also which was a google translator built in a drop-down, which sometimes converted the text basically words and created sentences of no meaning mostly. our client Unni’s lost a very huge sum of money in this project. They were not concerned about the money spent but the outcome was not useful to them. They were almost in the same situation as a year before and also complaints from the clients related to the issues in forms too. They approached the website vendor for correction but what the vendor did was they purposefully got an email from the Unni’s MD stating that the work was completed and there was no work pending. So they did not entertain our client Unni’s for redesign/update/correction. It was all in a mess again in the last months of 2018.

During this time the client approached us for their website work, as we went to meet them for their social media accounts set up and also google business setting. During the conversation, we came to know that they were in a deep mess with no way to get out. We took up that challenge to get them out of this situation anyhow at a reasonable cost.

The basic hurdles were

The data collection took almost 3 months to finish and the gathering of the photos also took place during this period. The website work began and the work was shown to the stakeholders as and when a page finishes. The client was always kept updated on the plan and the progress. The quotation was given at 1\4th of the cost they had given to the previous vendor along with 1 more year free of cost maintenance and normal updates.

The website was operational and was launched in the mid of the year with the basic functionalities working and the old website was taken down. The initial response from the clients abroad was positive and that was a huge relief for the client. The hosting plan selected was from Canada/Europe as the majority of customers were from that area. The CDN was introduced for the site for faster load time and improve SEO rank. The next major hurdle was migrating from the old domain to the new one. We redirected the traffic from the old website to the new domain without losing SEO ranking using 301 redirects. The new domain name was precise and catchy that attracted so many visitors in a short span of time and we also built them some of the advanced security features to keep the attackers out. The website was well received with tons of information and the new design language was ok for the clients and we solved all the hurdles that we got at the beginning of the project.

Altogether we are happy that we helped a client get on to their business and not worrying about their website and other things so that they could concentrate on their business. We served them well and both of us have hearts full of happiness. 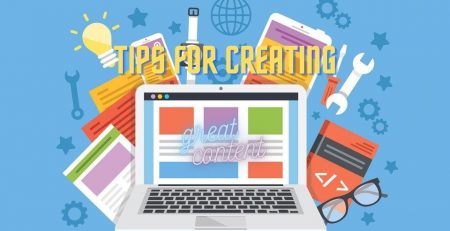 The toughest job in content marketing is to find great ideas every day. Adding to the load, you have... read more 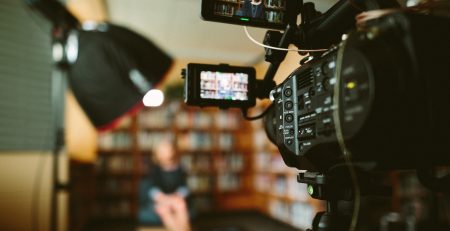 This case study is about one of our clients who is associated with the film industry. This area or... read more 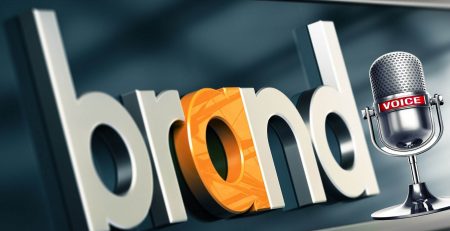 Brand voice represents the sole mission and intention of your business venture. It determines the way people perceive their... read more 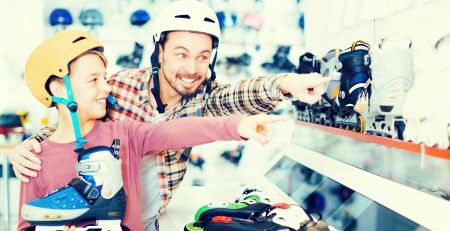 Learn The Secrets How To Scale By Acquiring More Clients

Every business requires a consistent flow of clients to stabilize it. Without a sufficient number of clients, the business... read more 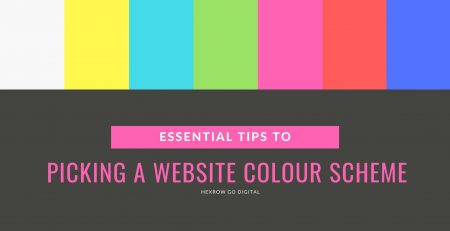 85% of customers buy a product because of its attractive colour. This data proves how humans are so driven... read more 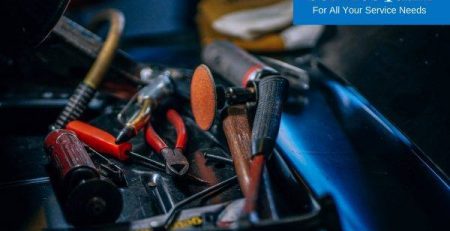 The client is basically a technical person who is in the client service sector. He has good dealings with... read more 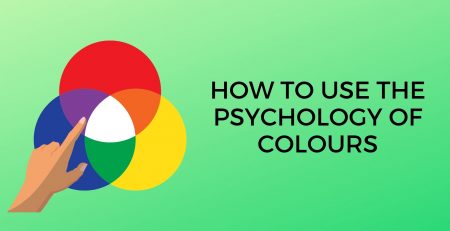 How To Use The Psychology Of Colour To Increase Website Conversions

It is interesting to know that colour impacts human psychology. Let us understand the science behind it.. When we perceive... read more 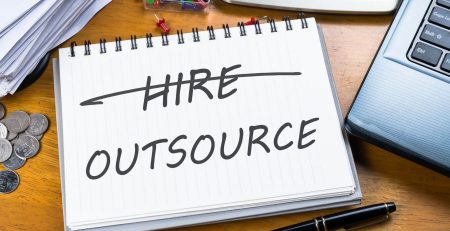 4 Ways To Know When You Should Outsource

Outsourcing has become the most efficient hack to boost business productivity. Not just MNCs, more than one-third of the... read more 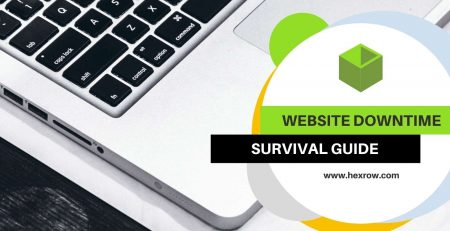 Website downtime can give you a terrible headache. Your users can’t access your site pages and service. Every function... read more 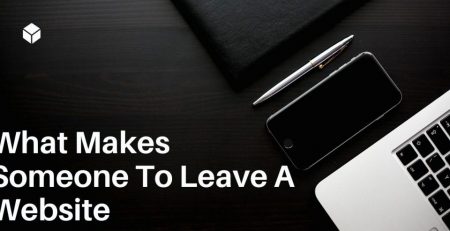 You might be attracting huge traffic to your website on daily basis. But if you can’t retain a good... read more

E-commerce Business Blueprint: How to build, launch and grow a profitable online store

Running a successful e-commerce business is not a piece of cake anymore. You have to face several challenges, move... read more

Are you looking for the simplest method to boost your conversions? Then we have the perfect solution for you!... read more

Things To Look Out For When Outsourcing Online Marketing Work

Online Marketing is a crucial domain of every business. Managing it through an in-house team requires a heavy budget.... read more

What is SEO and how does it work?

Most of us have very scarce knowledge of SEO. We just use the term in our conversations and presentations... read more

We tend to follow the crowd in our everyday routine, fashion, fooding and all. We become impressed by the... read more

Next Generation Of E-commerce

Like every other field, e-commerce is undergoing rapid transformation. It will be not the same as we are experiencing... read more